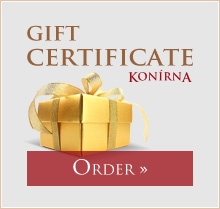 The Charles Bridge is the oldest bridge in Prague crossing the Vltava River and the second-oldest extant bridge in the Czech Republic.

The Charles Bridge replaced the previous Judith Bridge, destroyed in 1342 during the spring thaw. The construction of the new bridge began in 1357 under the auspices of Charles IV and was finished in 1402. Thanks to the stone bridge Prague became an important stop on European trade routes.

The first inscription on this imaginative memorial on the wall at the Maltese Gardens appeared several days after John Lennon’s tragic death. It read: "For John Winston Lennon, 9/10/1940 – 8/12/1980." A photograph of Lennon was attached to it. On the second day, however, the inscription and the photo disappeared under a layer of paint. Thus began the history of the John Lennon Wall. Gradually quotes of Lennon’s songs were added, celebrating freedom and peace, as well as slogans condemning the totalitarian regime. The memorial was regularly updated only to again be destroyed.

In the following years on the anniversary of Lennon’s death hundreds of people would meet at the wall. The meetings, which slowly turned into a political demonstration, were a nightmare for the Czech secret police, which did its best to thwart them. This situation persisted until 1988, when the Central Committee decided in collaboration with the secret police to legalize the event and organize a concert at the wall called "Memories of John Lennon" in the hope that this would make the event less attractive for so-called subversive elements.

A year later, after the Velvet Revolution, the December meetings changed drastically, because suddenly there were no bans, and people still half-expected there to be problems and could not believe that the much longed-for freedom had finally arrived.

Nerudova Street leads you from the Prague Castle to Malostranské náměstí (Lesser Town Square). In the direction of the Charles Bridge (Mostecká Street) take the last lane to the right to reach the Konírna Restaurant at Lázeňská Street on Maltézské náměstí.

Prague Castle is the most important Czech castle. Originally an early medieval castle site, it stands on a rocky promontory above the Vltava River in the centre of the city. Beginning in the 9th century it was the seat of Czech princes and kings, and since 1918 it has been the seat of the President. Twice in history it became the main residence of the Emperor of the Holy Roman Empire.

Gradual additions and modifications of the settlement were established in the 9th century. With its dimensions of 570 x 128 metres it is one of the largest castles in the world. It is considered not only a symbol of the city, but also of Czech statehood. According to the Guinness Book of Records it is the largest ancient castle in the world.

The castle is also home to St. Vitus’ Cathedral, the traditional coronation site of Czech kings as well as their final resting place. Apart from a number of Czech rulers (including four emperors), Prague bishops and archbishops, clergy, nobles and other people connected with the Prague Court are buried in the cathedral as well as some saints, including many of the Czech patron saints (St. Wenceslas, St. Vít, St. Vojtěch, St. Zikmund and Jan Nepomuk). The Czech crown jewels are also kept here.

Child of Prague - The Church of Our Lady Victorious

(Latin Jesulus Pragensis) It is a small wax statue depicting Jesus Christ at an early age, displayed in the Church of Our Lady Victorious in Mala Strana.

The statue comes from Spain, where it was probably made around the middle of the 16th century. Legend has it that Jesus miraculously appeared before a certain monk, who modelled this statuette in the form of the apparition. According to another legend, the statue was owned by St. Teresa, the founder of the Discalced Carmelites, who was enflamed by great love for the Infant Jesus. The story goes that she gave the statue to a friend whose daughter was about to travel to Prague.

Funicular to Petřín from Újezd – 400 m from the Konírna Retaurant

The tower was built for the Jubilee Exhibition in 1891 at the initiative of the founders of the Czech Tourist Club Dr. Vilém Kurz and Vratislav Passau as a copy of the Eiffel Tower in Paris. Dr. Vilém acquainted the Czech public with this project in January 1890 with an article entitled “Tower on Petřín, a picture of Prague in the near future”. Work in accordance with the plans of engineers František Prášil and Julius Souček commenced on 16 March and the tower was inaugurated on 20 August 1891.

The foundations are 11 metres deep and support a 63.5 metre high steel structure weighing 175 tons. The core structure is an octagonal tube, containing an elevator and wound around by two spiral staircases with 299 steps, one for the journey up and the other for going down. The tower has two observation platforms, with the top one at a height of 55 metres.

The Church of St. Nicholas, also known as the Cathedral of St. Nicholas, is a baroque church located in Prague's Lesser Town Square. It was built from 1704 to 1755 on the site of a former Gothic church from the 13th century also dedicated to Nicholas of Myra. Until the 17th century the Romanesque Rotunda of St. Wenceslas also stood nearby.

In the past, the church tower served as an alarm station for reporting fires or an approaching enemy.

The Church of St. Nicholas is built in Mala Strana. It is often considered the most beautiful baroque building in Prague. The cathedral is located in the corner of the building complex of the former Jesuit College. The façade of the cathedral is widely spaced and unusually undulating, and the steps are decorated with a balustrade and finished gable extension. The cathedral is a marvel of architecture and decoration.

St. Martin's goose on the…